The Network for Genomics Surveillance in South Africa (NGS-SA), which includes the NICD, UKZN, UCT and SUN, has been monitoring changes in SARS-CoV-2, the virus which causes COVID-19, since March 2020.

NGS-SA recently detected a new lineage, which is a group of mutated viruses, of SARS-CoV-2 in the Eastern Cape, Western Cape and KwaZulu-Natal Provinces. This lineage possesses between 10-20 mutations that were not previously seen in viruses from South Africa prior to September 2020.

What does this mean?

Scientists at the NICD, UKZN and UCT are working on testing what impact all these mutations have on virus growth, virus sensitivity to antibodies, and binding to human cell receptors.

What is currently known:

What are the implications?

We are being cautious about the implications until the necessary experiments are performed. The public is encouraged to remain vigilant and to continue to follow COVID-19 protocols by wearing masks (which covers the nose, mouth and chin), regular washing or sanitising of hands, cleaning surfaces frequently, and maintaining 1.5m distance from others. These interventions continue to be effective in preventing the spread of all SARS-CoV-2 viruses.

Will these mutations affect test sensitivity?

These mutations will not affect PCR testing sensitivity. The mutated lineage from the Eastern Cape has already been detected in over 150 samples using South Africa’s current repertoire of real-time PCR tests. In addition, the tests typically detect at least two or three different SARS-CoV-2 gene targets, which serves as a backup in the case of a mutation arising in one. 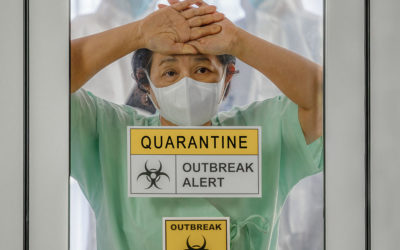 I tested positive for COVID-19. What now?

I tested positive for COVID-19. What now? 29 December 2020 COMMUNICATED BY: NATIONAL INSTITUTE FOR COMMUNICABLE DISEASES I TESTED POSITIVE FOR...

Please note there is a rabies outbreak in the West Rand. Will everyone in this area, which includes areas such as Cradle of Humankind, Muldersdrift,...

END_OF_DOCUMENT_TOKEN_TO_BE_REPLACED

END_OF_DOCUMENT_TOKEN_TO_BE_REPLACED
We use cookies on our website to give you the most relevant experience by remembering your preferences and repeat visits. By clicking “Accept”, you consent to the use of ALL the cookies.
Cookie settingsACCEPT
Manage consent

This website uses cookies to improve your experience while you navigate through the website. Out of these, the cookies that are categorized as necessary are stored on your browser as they are essential for the working of basic functionalities of the website. We also use third-party cookies that help us analyze and understand how you use this website. These cookies will be stored in your browser only with your consent. You also have the option to opt-out of these cookies. But opting out of some of these cookies may affect your browsing experience.
Necessary Always Enabled
Necessary cookies are absolutely essential for the website to function properly. This category only includes cookies that ensures basic functionalities and security features of the website. These cookies do not store any personal information.
Non-necessary
Any cookies that may not be particularly necessary for the website to function and is used specifically to collect user personal data via analytics, ads, other embedded contents are termed as non-necessary cookies. It is mandatory to procure user consent prior to running these cookies on your website.
SAVE & ACCEPT