No evidence that 501.V2 variant is more dangerous than UK variant

NO EVIDENCE THAT 501.V2 VARIANT IS MORE DANGEROUS THAN UK VARIANT

NO EVIDENCE THAT THE 501.V2 VARIANT IS MORE DANGEROUS THAN THE UK VARIANT

COVID-19 has caused global devastation and most nations of the world have felt the impact of having to deal with a novel contagious disease. The global response to this pandemic has been anchored by sound evidence, based on scientific re- search. As South Africa, we are extremely fortunate to be part of a conglomerate of countries that is leading in the field of genomic surveillance: these countries are Australia, Denmark, The Netherlands, South Africa and The United Kingdom.

Naturally, there will always be keen interest in the genomics of SARS-COV-2, to ensure that it cannot evade our defense mechanisms- be they preventative (pharmaceutical), therapeutic or non-pharmaceutical.

We are certain that the UK government shares our satisfaction with the research outcomes of the genomics institutions we have respectively invested in. We are particularly proud that information regarding the evolution of the Coronavirus has been constantly, openly and transparently shared through the WHO Evolution Working group of SARS-COV-2. It has been through the joint efforts of experts in both countries that this knowledge has come to light. One of our representatives on this platform is Prof Tulio de Oliviera, in his capacity as the Principal Investigator of the Network for Genomic Surveillance in South Africa, (NGS-SA)- an entity funded by the Department of Science and Innovation and the Medical Research Council.

We have, however, noted the statement delivered yesterday by the Secretary for Health in the United Kingdom, Matt Hancock, and must register our concern that some of his utterances have created a perception that the variant in SA has been a major factor in the second wave in UK. This is not correct. There is evidence that the UK variant developed earlier than the South African variant. To give some historical context, on 14 December, the UK reported to the WHO that a variant had been identified and traced back to 20 September 2020 in Kent, South East England- approximately a month be- fore the South African variant appears to have developed. This variant has a mutation occurring at a site common with the South African variant (the 501), although they are two completely independent lineages. The UK variant is thought to be driving the second wave that the UK are experiencing currently.

In addition, the UK variant has already been identified outside of the UK as reported by Prof Neil Ferguson, a top British scientists who told the UK’s science and technology committee two days ago (23 Dec 2020) that evidence from Denmark, a country with a relatively low infection rate, suggests that ‘almost certainly’ the new virus variant identified in the UK is already in the ‘great majority if not all’ European countries.

We are also concerned that there is rhetoric developing that the 501.V2 variant is more transmissible than the the UK variant or may potentially cause more serious morbidity and mortality. This has come in the wake of two samples collected from contacts of South African travellers testing positive for a SARS-COV-2 variant genetically identical to 501.V2.

We have consulted with our genomics team who have assured us that, at present, there is no evidence that the 501.V2 is more transmissible than the United Kingdom variant- as suggested by British Health Secretary. There is also no evidence that the 501.V2 causes more severe disease or in- creased mortality than the UK variant or any variant that has been sequenced around the world. This, as well as other factors that influence transmissibility, is the subject of further investigation involving genomic investigators, epidemiologists, public health specialists, clinicians and other key stakeholders.

It is the widely shared view of the scientific community that, given the current circumstantial evidence, the risks of travel bans may outweigh the benefits, and that it is possible to contain the variants while sustaining international travel.

We, therefore, maintain that non-pharmaceutical interventions and strict containment measures remain most important to reduce the risk of transmission. Banning travel between UK and SA is an unfortunate decision. Such a decision would require more scientific evidence than is currently available. There is no evidence that the SA variant is more pathogenic than the UK variant to necessitate this step.

Future research will also shed light on the question of whether the 501.V2 variant becomes resistant to vaccines that have been developed.

As government our focus remains on collaborating and co-operating with the WHO and all affected nations on containment measures to to curb the spread of COVID-19 overall. Genomics surveillance is greatly assisting us to refine and improve our strategies as we learn more about the virus and its behaviour.

Latest confirmed cases of COVID-19 in South Africa as at 26 January 2021 Communicated by: National Institute for Communicable Diseases LATEST... 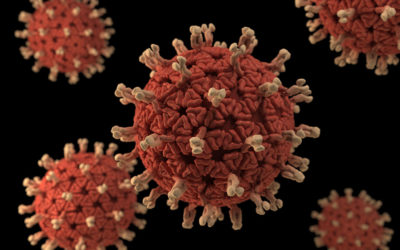 Can I be re-infected with the new variant if I’ve had COVID-19?

Can I be re-infected with the new variant if I've had COVID-19? 18 January 2021 Communicated by: National Institue for Communicable Diseases CAN I... 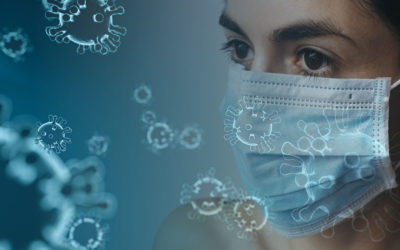 Latest confirmed cases of COVID-19 in South Africa as at 26 January 2021 Communicated by: National Institute for Communicable Diseases LATEST...

END_OF_DOCUMENT_TOKEN_TO_BE_REPLACED

AN UPDATE ON RABIES IN SOUTH AFRICA – December 2020

END_OF_DOCUMENT_TOKEN_TO_BE_REPLACED
We use cookies on our website to give you the most relevant experience by remembering your preferences and repeat visits. By clicking “Accept”, you consent to the use of ALL the cookies.
Cookie settingsACCEPT
Manage consent

This website uses cookies to improve your experience while you navigate through the website. Out of these, the cookies that are categorized as necessary are stored on your browser as they are essential for the working of basic functionalities of the website. We also use third-party cookies that help us analyze and understand how you use this website. These cookies will be stored in your browser only with your consent. You also have the option to opt-out of these cookies. But opting out of some of these cookies may affect your browsing experience.
Necessary Always Enabled

Any cookies that may not be particularly necessary for the website to function and is used specifically to collect user personal data via analytics, ads, other embedded contents are termed as non-necessary cookies. It is mandatory to procure user consent prior to running these cookies on your website.